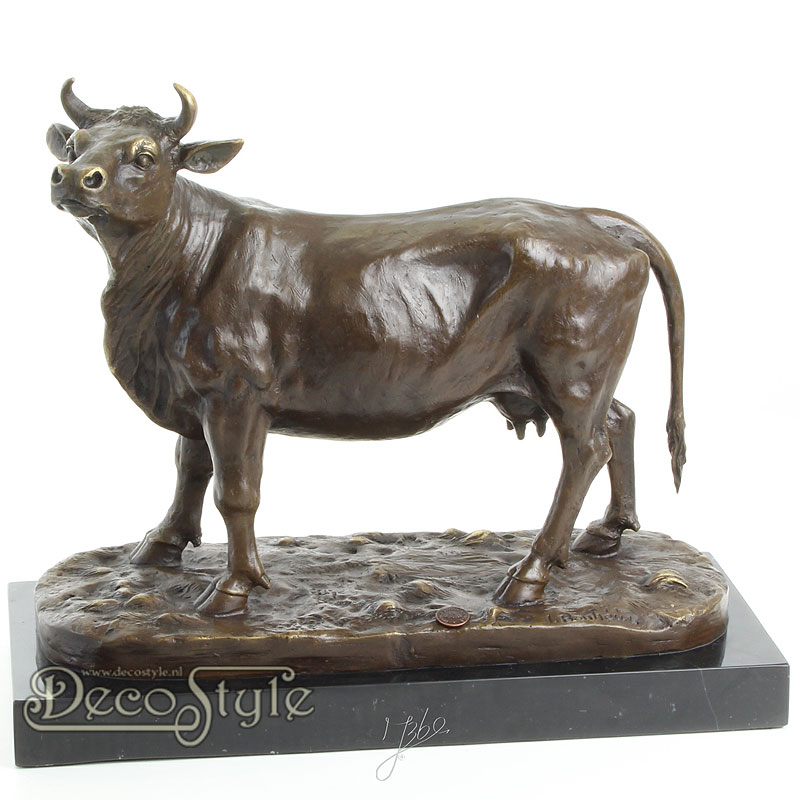 Bronze Sculpture of a standing cow.
Created by the traditional lostwax or hotcast method in bronze.
Not to be confused with cheaper immitations. This is of the very finest quality.
The statue is standing on a marble base, this nicely cast bronze cow sculpture is a great centerpiece for your home or office.

Isidore Jules Bonheur was born in Bordeaux, 15 May 1827 and died 10 November 1901 in Paris. He is best known as a very distinguished French sculptor of animals of the 19th century. he had an elder sister, Rosa Bonheur, with whom he began his artist career, working in their fathers studio. His father was Oscar-Raymond Bonheur, who was a painter and a member of Saint-Simonianism, a Christian-socialist organisation that promoted the education of women alongside men. His mother was the musician Christine Dorotheé Sophie Marquis.
In 1828 the whole family Bonheur moved to Paris
Isidore Jules Bonheur started working as a painter and made his Salon debut in 1848 and started studying in 1849 at the École nationale supérieure des Beaux-Arts. He exhibited regularly until 1899 and won medals in 1859, 1865, 1869 at several expositions all arround Europe.